Yesterday I ran the Amsterdam Half Marathon and achieved a personal best time of 1h57m04s 🎉 After celebrating the achievement and getting some rest at home, I started reflecting on this experience.

My goal was to finish the race in under 2 hours, even though I knew, based on my training performance, that it was quite an ambitious one… So I studied the race track, took note of where I would find refreshment stations along the way, and wrote down a detailed negative split pace plan that would make me finish just under 2 hours (1h59m15s, with 45 seconds of margin, just in case something didn’t go as planned).

The following graph compares how I planned to run the race and how I actually ran it: 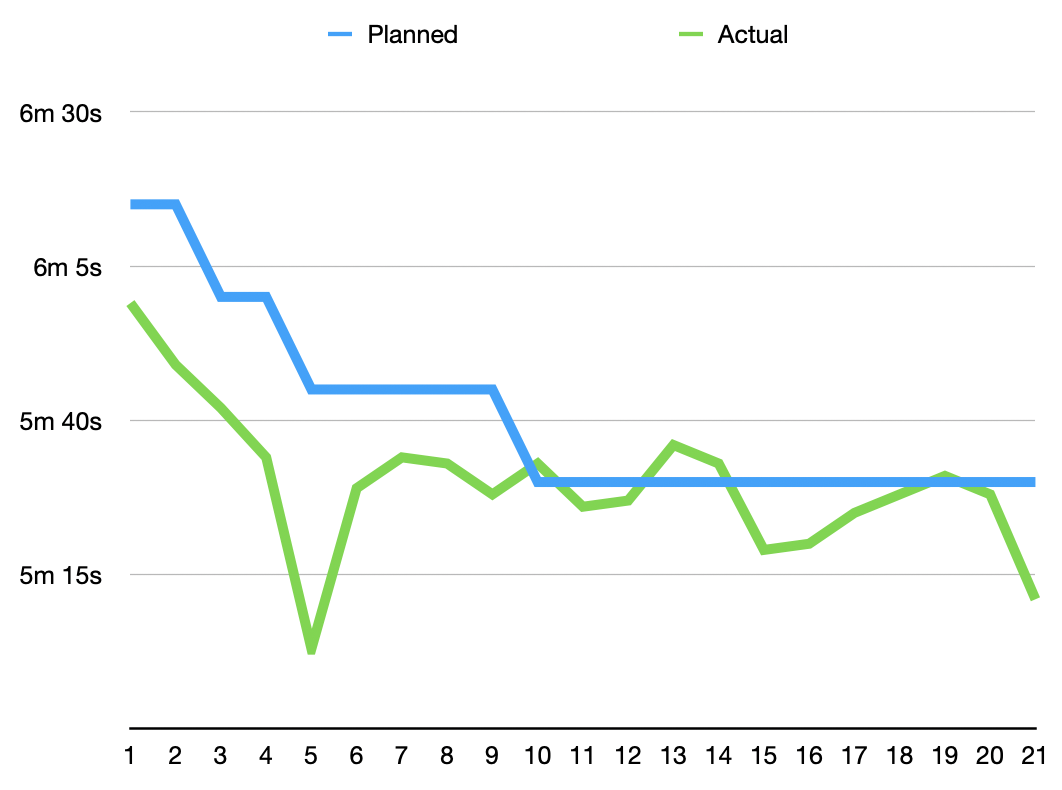 I didn’t of course expect to stick to the plan to the letter, but it was still interesting to realize how much I actually deviated from it (especially at the 5th km, where I logged 5m3s instead of the planned 5m45s).

Was I unaware of the deviation? It’s hardly the case: my sport watch reported my average pace throughout the race.

Did I feel particularly strong during the race, to the point that I felt that I could do more than planned? Not really: I had not even slept properly the night before the race, so I actually felt a bit tired.

Why, then? In hindsight, it’s very simple: I let the environment around me (the event, the other runners, and the audience) influence me. This morning, a quote that I recently read in Derek Sivers' [[Anything You Want]] book came to my mind:

and it got me smiling, thinking that my own, poor running plan had indeed not survived :)

Yes and no: my heart rate monitor and the fatigue I feel today clearly point out to the fact that I went overboard yesterday.